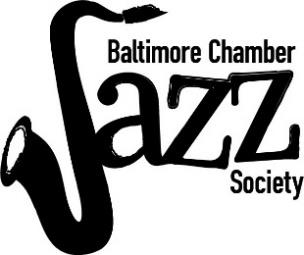 BALTIMORE – The Baltimore Chamber Jazz Society (BCJS) will continue its 30th anniversary season with another first for the nonprofit and the City of Baltimore. All-female jazz supergroup, ARTEMIS will give its inaugural Charm City performance, Sunday, May 15, at 5 p.m., at the Baltimore Museum of Art.

NPR Music calls ARTEMIS, “a killer line-up of players, composers, and performers who hail from all over the world…

they all converge on this extremely cosmopolitan, sleek, rhythm-forward, modern sound.”

Named after the Greek goddess, “Artemis” – the patron and protector of young girls and the goddess of hunting, wild nature and chastity – its members first assembled as a band for a 13-city European Jazz Festival tour in summer 2017.

In September 2020, it released a self-titled debut album for Blue Note Records featuring original compositions, written and arranged by the band members.

“Although each individual member of this supergroup is a bona fide jazz titan, these incredible musicians dwell in the rarefied air of bands whose whole is greater than the sum of its already sublime parts,” said Blue Note President Don Was. “Their musical conversation is sophisticated, soulful and powerful, and their groove runs deep.”

Already featured in Vanity Fair and on NPR’s Jazz Night in America, ARTEMIS has performed at the Newport Jazz Festival, Carnegie Hall, Saratoga Jazz Festival, Miami’s Adrienne Arsht Center for the Performing Arts, Ferring Jazz Bistro in St. Louis. The group has extensive touring plans for 2022, including prestigious venues such as the SFJAZZ Center, Chicago Symphony Center’s Orchestra Hall and The John F. Kennedy Center for the Performing Arts.

“Artemis offers something exciting, even revolutionary,” said BCJS Chair & President J. William (Bill) Murray. “Their self-titled album has been at or near the top of the jazz charts since its release. We are really thrilled to be the first venue in Baltimore to present this group, which mostly performs at festivals and large concert halls.”

Tickets to the ARTEMIS concert are $45 and on sale now at baltimorechamberjazz.org and instantseats.com.

The Baltimore Chamber Jazz Society is a nonprofit organization supported in part by a grant from the Maryland State Arts Council. Its mission is to bring to Baltimore outstanding jazz musicians, to present them in an intimate concert setting, to keep ticket prices as low as possible, and to carry forward the long and illustrious history of jazz in Baltimore.

For 30 years BCJS has carried on the Baltimore tradition of Sunday jazz concerts that started with the renowned Left Bank Jazz Society. BCJS concerts feature the most serious, advanced and adventurous musicians and groups in the art form. This unwavering commitment to the art form underlies every effort conducted by the organization, including staying within and promoting Baltimore’s cultural fabric. For more information, visit baltimorechamberjazz.org, call (410) 385-5888 or follow @baltimorechamberjazz on Facebook.

For interviews with ARTEMIS or BCJS officials, contact Caryn Sagal at caryn@sagalpr.com or 410.363.9583.