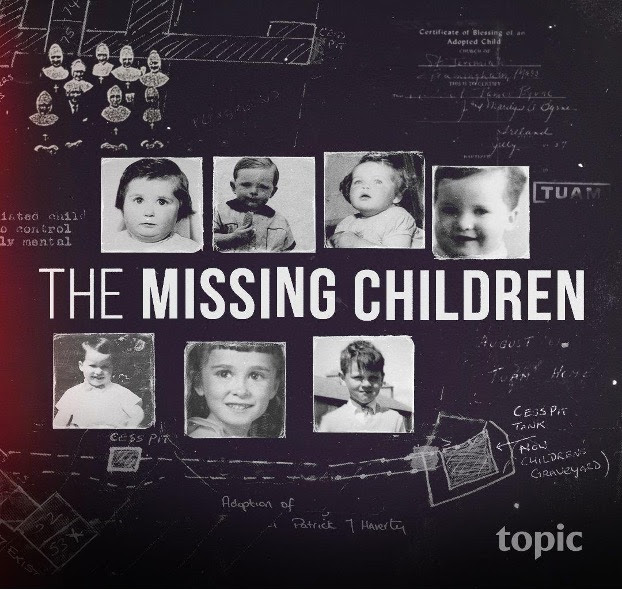 ***
“A study of pure cruelty to make your blood boil” – Independent.ie

“This is a stain on the Catholic Church and the Bon Secours order of nuns…and, yes, on Ireland” – IrishTimes.com

From the 1920’s to the 1990’s, thousands of children were snatched from unwed mothers in Ireland at the behest of the Catholic Church. The remains of up to 796 may be in the sewage tank of a Mother and Baby home run by Catholic nuns – many more were trafficked to the US in forced adoptions, and thousands are still unaccounted for.

How was this allowed to occur and who is to be held accountable?

The Missing Children is an extraordinary true crime story that exposes theCatholic Church’s involvement in the trafficking, neglect and suspicious deaths of babies born to unwed mothers in Ireland. Weaving together shocking revelations about what happened to the children under the Bons Secours nuns, with the compelling present tense narrative of survivors searching for their families, the series shines a bright light on the hypocrisy and cruelty that occurred, and seeks accountability within the systems that allowed it.

Topic is the boundary-pushing streaming service from First Look Entertainment for thrillers, mysteries, dramas and documentaries from around the world, serving viewers who crave entertainment beyond the mainstream. Whether it’s a Nordic-noir crime thriller (The Killing), an Italian supernatural political drama (The Miracle), or a mind-blowing paranormal mystery from Russia (Dead Mountain), Topic expands your view of the world.