‘The Last Straw’: The Ukraine Crisis and Egypt’s Economy 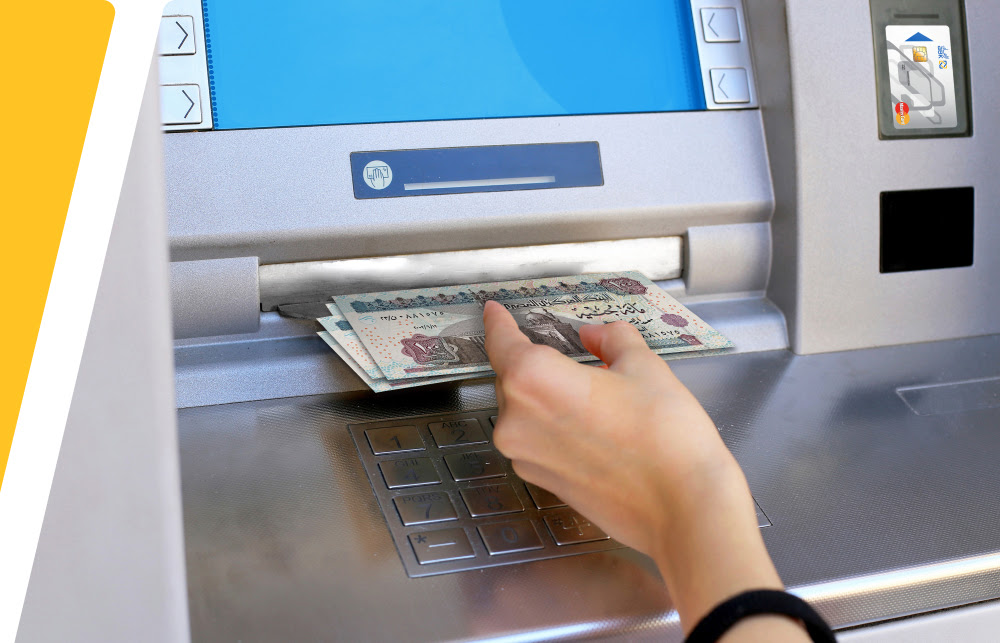 The fallout of geopolitical conflict never confines itself to the borders of the states involved, nor does it ever remain a purely military matter. The Russian invasion of Ukraine is no exception.

At the onset of 2022, the global economy was just beginning to pick itself up from the rubble of the heavy toll inflicted by the ongoing coronavirus pandemic, particularly the “high inflation and strained supply chains”. But when Russia launched an invasion against Ukraine in late February, the conflict sowed new chaos and uncertainty, with more disruptions in global trade and supply chains, as well as a rise in energy and food prices.

Within that turmoil, Egypt, too, is faced with deep economic challenges. As policies and programs are implemented and citizens struggle to adjust, questions are raised as to the root cause of these challenges, and whether the war overseas is indeed the only culprit.

HITTING WHERE IT HURTS

The repercussions Egypt faces as a result of the conflict are manifold: Russia and Ukraine are Egypt’s top two suppliers of wheat respectively, and Egypt is the world’s largest importer of the commodity. As recently as 4 April, Egypt – which consumes over 150 kilograms of bread per capita annually – announced that its strategic wheat reserves are worth less than three months of consumption, though the harvest season of local wheat, which provides just under 50 percent of the country’s needs, was only at its beginning.

The two countries are also in pride of place among Egypt’s biggest suppliers of tourists, with Ukraine figuring as the second highest source of tourists in Egypt after Germany in 2019. Responsible for over USD 14 billion (EGP 259 billion), or over a quarter, of Egypt’s total foreign currency receipts from exports of goods and services in 2019, the tourism industry had only just begun to recover from the travel and hospitality restrictions enforced to mitigate the effects of the pandemic, which in 2020 led to that number dropping by two thirds.

With all of Ukraine’s ports closed, economic sanctions imposed on Russia, and other countries’ imports and exports struggling to adjust, global trade is also experiencing a slowdown, affecting traffic on the Suez Canal, which in 2018 provided Egypt with USD 5.5 billion (EGP 102 billion) in revenue.

Russia, while not as integrated in the world economy as other countries of comparable size, is a key player in the oil and gas industry. Consequently, the fallout of the conflict is resulting in “the highest crude prices in a decade”. Egypt, which has historically been a net importer of oil and gas, has marginally broken even since 2021, meaning that the direct impact of the high oil prices will be minor if not slightly positive. However, the recessionary impact high energy prices have on the global economy will undoubtedly affect Egypt’s growth.

Against the backdrop of these ominous indicators, on 21 March, the Central Bank of Egypt (CBE) allowed the Egyptian Pound to move from its stable exchange rate, leading to it falling by almost 15 percent, and both interest rates and prices of essential goods rose, creating a nationwide sense of déjà vu.

Six years ago, Egypt went through a similar episode of balance of payments and foreign exchange pressure, and had to conclude an agreement with the International Monetary Fund (IMF) for a loan of USD 12 billion (approximately EGP 216 billion at the time), securing further funding from Gulf states in support of its tough monetary and fiscal reform measures.

To meet the requirements of this deal, Egypt floated its currency and devalued it by 50 percent and cut public spending, especially subsidies. Though these steps were taken with the intention of strengthening the economy, citizens’ inability to contend with rising prices came as collateral damage.

Once again, to help the Egyptian economy recover from the repercussions of the current crisis, Egypt has called on the IMF and the Gulf states for help. The recurrence of this scenario begs the question of whether this economic downturn is a direct consequence of the war, or whether there are more fundamental problems in Egypt’s economy that continually cause such crises.

“THE STRAW THAT BROKE THE CAMEL’S BACK”

Associate Dean at the Department of Economics at the American University in Cairo, Samer Atallah, believes that while the war had a hand in Egypt’s current situation, it is not the primary cause. Atallah argues that the vulnerable nature of Egypt’s economy has consistently made it susceptible to external shocks, making the war in Ukraine “the straw that broke the camel’s back”.

“All of these turbulences are not good for an economy that is not resilient,” Atallah explains. “If you look at the structure of our economy and how it is integrated in the world economy, [you will note that] the type of investments we receive are investments referred to as ‘hot money’ and those are the first-to-come, first-to-leave kinds of investments.”

Since the currency float in 2016, Egypt has been attracting such foreign debt investments, due to a high yield on government bonds and treasury bills. These types of investments, while lucrative for Egypt in the short-term, are easily uprooted and vulnerable in the face of any economic, financial, or political turbulence. And there has been little in the way of foreign direct investment to provide the economy with more stable foreign capital, and thus shore up the economy and strengthen its growth. In December 2021, Egypt’s foreign debt reached USD 145 billion (USD 2.7 trillion), rising from USD 129.2 billion a year previously, and EGP 5.5 trillion (USD 295.7 billion) in domestic debt, rising from EGP 4.3 trillion (USD 231 billion).

“Numerous times since 2016, officials were very proud, not shying away from portraying the inflows that we get from abroad in debt instruments as a sign of success and a sign of investors trusting our economy,” Atallah says. “But in reality what the investors are trusting are the high interest rates that we offer, not our economy.”

For Egypt to attract long-term, committed investments, Atallah believes that more structural changes to the economic landscape of the country need to be applied. Ensuring macroeconomic stability in the exchange rate market was one aspect of the economic reform program adopted in 2016, which Atallah says appeared to be the priority at the time.

“But the next part was to unleash the potential of the country in terms of production capacity, employment, exports, female labour force participation, and so on,” he continues.

Egypt has indeed been lagging behind in creating a comparative advantage for itself in terms of manufacturing or exports. In Atallah’s view, the booming construction and real estate sector has not provided Egypt with an edge within the global market nor has it done much to combat the lack of resilience of the country’s economy.

The rattling effect Russia’s invasion of Ukraine has had on Egypt exposes vulnerabilities in the national economic model, and the implications of a vulnerable economy do not limit themselves to the macro level, they trickle down to companies and households, affecting even individual livelihoods.

“We need to be selling goods to the international market to change our economy from a deficit economy to a surplus economy,” says Atallah. “We are not doing that, we are focusing on areas that generate high return, and we are directing resources – whether public or private – to sectors that in some cases generate jobs that are not of good quality or that do not produce goods that are exportable to the rest of the world.”

“I think a lot of economists would agree on the need to create jobs, to grow in sectors where we can have a comparative advantage and sell to the rest of the world,” he concludes. “How we go about it doesn’t need a rocket scientist, nor does it need 200 economists, you just need to have the political will to do it.”