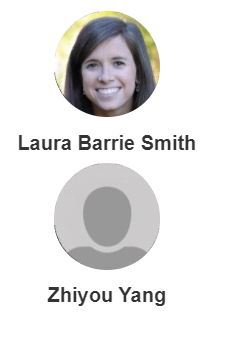 In 2014, Minnesota’s Twin Cities, Minneapolis and St. Paul, completed an expansion of their public transit system that sought to connect the downtown business corridors of both cities. Now, new research shows that in addition to its intended purpose, the 11-mile long light rail line also facilitated greater access to health care for those living near the line.

The study—led by researchers from the Urban Institute and the Mongan Institute—examined whether the frequency of missed or “no-show” medical appointments declined after the light rail expansion. By comparing no-show rates before and after the expansion, we could assess whether no-shows declined more for patients living near the new line compared with those far from it. We included patients with all types of health insurance to assess if any change in no-show rates was correlated to insurance type. We found the following effects after the light rail opened:

Although the importance of access to care in promoting health equity has been long recognized, few prior studies have examined how expanding public transportation can improve access. By using a large, multiyear dataset sourced from electronic health records, this study had the unique ability to observe the occurrence of no-show appointments and patients’ proximity to the light rail transit system. In total, the data reflected more than 3 million patient appointments scheduled at 97 clinics between 2013 and 2016.

Our analysis demonstrates that adequate public transportation can help ensure patients are able to attend their health care appointments as scheduled and decrease the number of missed appointments, which could disrupt health outcomes by leading to delayed diagnoses or exacerbating existing conditions. Public transit expansions may also be especially beneficial to people covered by Medicaid—who are disproportionately people with low incomes and people of color—underscoring that robust public transit systems are vital for promoting equity. For metropolitan planning organizations and state and local policymakers interested in increasing access to health care, engaging with communities to prioritize efforts that align public transit planning with public health goals offers a strong first step.

The Urban Institute has the evidence to show what it will take to create a society where everyone has a fair shot at achieving their vision of success.

Show your support for research and data that ignite change.

ADVERTISING: Focus on Women Magazine (FOWM) reserves the right to reject, revise or cancel any advertisement that does not meet the standards of its advisory board. Acceptance of advertising does not carry with it an endorsement by the publisher of
FOWM. The advertiser assumes sole responsibility for all statements contained in submitted copy and will indemnify FOWM’s owners, publishers, and employees against any and all liability, loss, or expense arising out of claims for libel, unfair trade names, patents, copyrights and proprietary rights. FOWM shall not be liable for failure for any reason to insert an advertisement nor shall it be liable for reason of error, omission, or failure to insert any part of an advertisement. FOWM will not be liable for the delay or failure in performance in publication or distribution, if all or any portion of an issue is delayed or suspended for any reason. FOWM will exercise provident judgement in such instance and will make adjustments for the advertiser whenever and where ever possible and as deemed appropriate. FOWM will not be responsible for unsolicited material or reproductions made by advertisers.

Warning: Any person and or institution and or agent and or agency of any governmental structure including but not limited to the United States Federal Government also using or monitoring or using this website or any of its associated websites, you DO NOT have my permission to utilize any of my profile information nor any of the contained herein which includes but is not limited to my photos, authors and or any of the comments made about my photos or any other “picture” art posted on my profile, website, authors or any other representations on Focus on Women Magazine. You are hereby notified that you are strictly prohibited from disclosing, copying, distributing, disseminating, or taking any other action against me, FOWM with regard to this website and the contents therein. The foregoing prohibitions also apply to your employee(s) , agent (s) student (s) or any personnel or parties under your direction or control. The contents on this website are legally privileged aconfidential information and the violation of FOWM intellectual property is punishable by law.