9 Meaningful Ways You Can Help Ukraine

As the Russian invasion of Ukraine threatens more lives, here are some meaningful ways you can help. 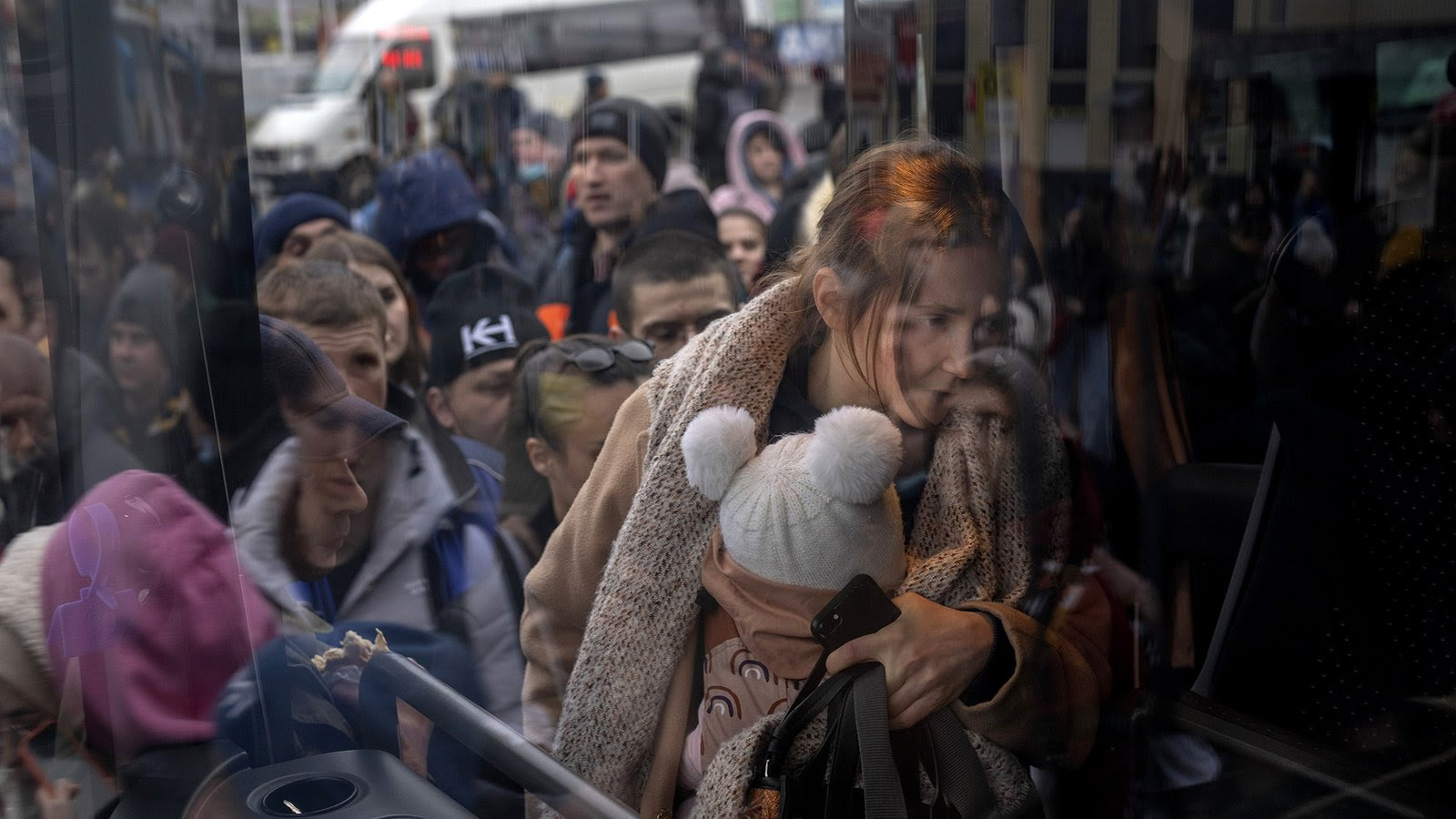 The world was brought to a standstill as news broke that Russia had invaded Ukraine on Thursday. Global Citizen released a statement condemning Russia’s attack on Ukraine and is calling on all military action to cease immediately, as well as for humanitarian aid to be supported as the conflict unfolds.

Here’s what we know and who is most affected by the situation, and how Global Citizens can help.

Russia has been threatening to invade Ukraine since November 2021, and on Thursday, Feb. 24, 2022, troops from Russia crossed the border and launched an attack on Ukraine’s North, South, and East regions. According to the Guardian, the attack came after Russian President Vladimir Putin made a televised address announcing a “specialized military operation” aimed at demilitarizing Ukraine. Following the attack, Ukrainian President Volodymyr Zelenskyy imposed martial law on the country and called on citizens to defend their nation.

According to the UNHCR, Ukrainian citizens have actively been fleeing the country, seeking asylum in neighboring nations. The invasion and conflict have resulted in a death toll of at least 40 people within an estimated seven hours of the war erupting.

The situation is quickly unfolding, with attacks on Ukraine having taken place continuously throughout the day on Feb. 24, and threatening the safety of millions of people in the country.

In response, citizens around the world have shown their solidarity with Ukraine in various ways, with Russian citizens taking to the streets in their own country to protest the violence caused by their leaders. Russian protesters in several cities were reportedly met with heavy police presence, with authorities aiming to stop demonstrators from gathering and disperse those already on the streets.

Who’s the Most Impacted? 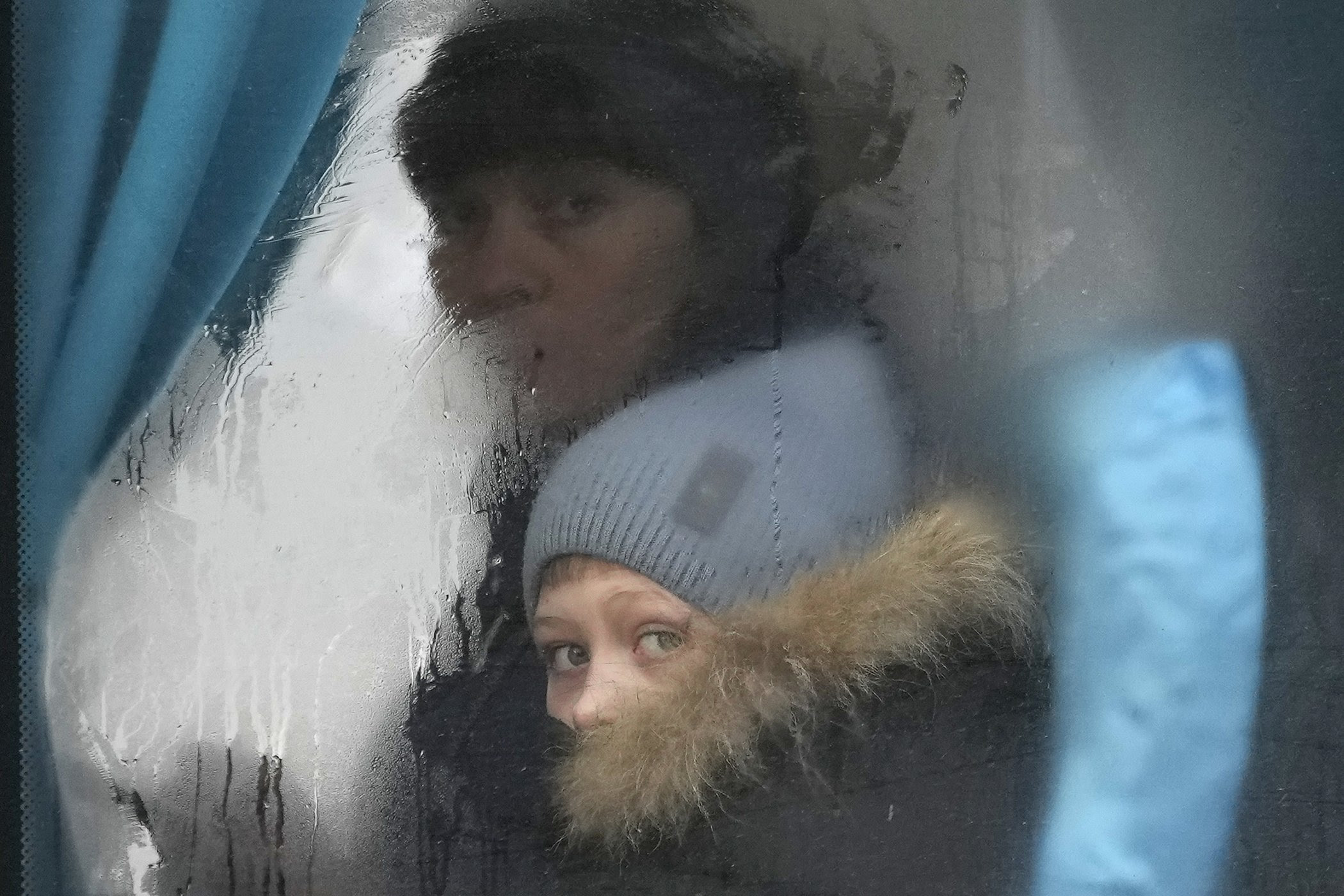 According to UN data, in 2021 the crisis in Ukraine affected 1.5 million people — half a million of whom are children and minors. As with any crisis, women, children, and the poor will be those most affected. Ukrainian parents are already taking heartbreaking measures to protect their children including sending them into school wearing stickers identifying their blood types in case of bombings.

How Can I Help?

While many of us might feel helpless when confronted with geopolitical machinations of this scale, we’ve rounded up a few ways you can help the people of Ukraine right now.

Ukrainians have put together a list of organizations where you can donate to help people affected by the crisis. Those organizations include: 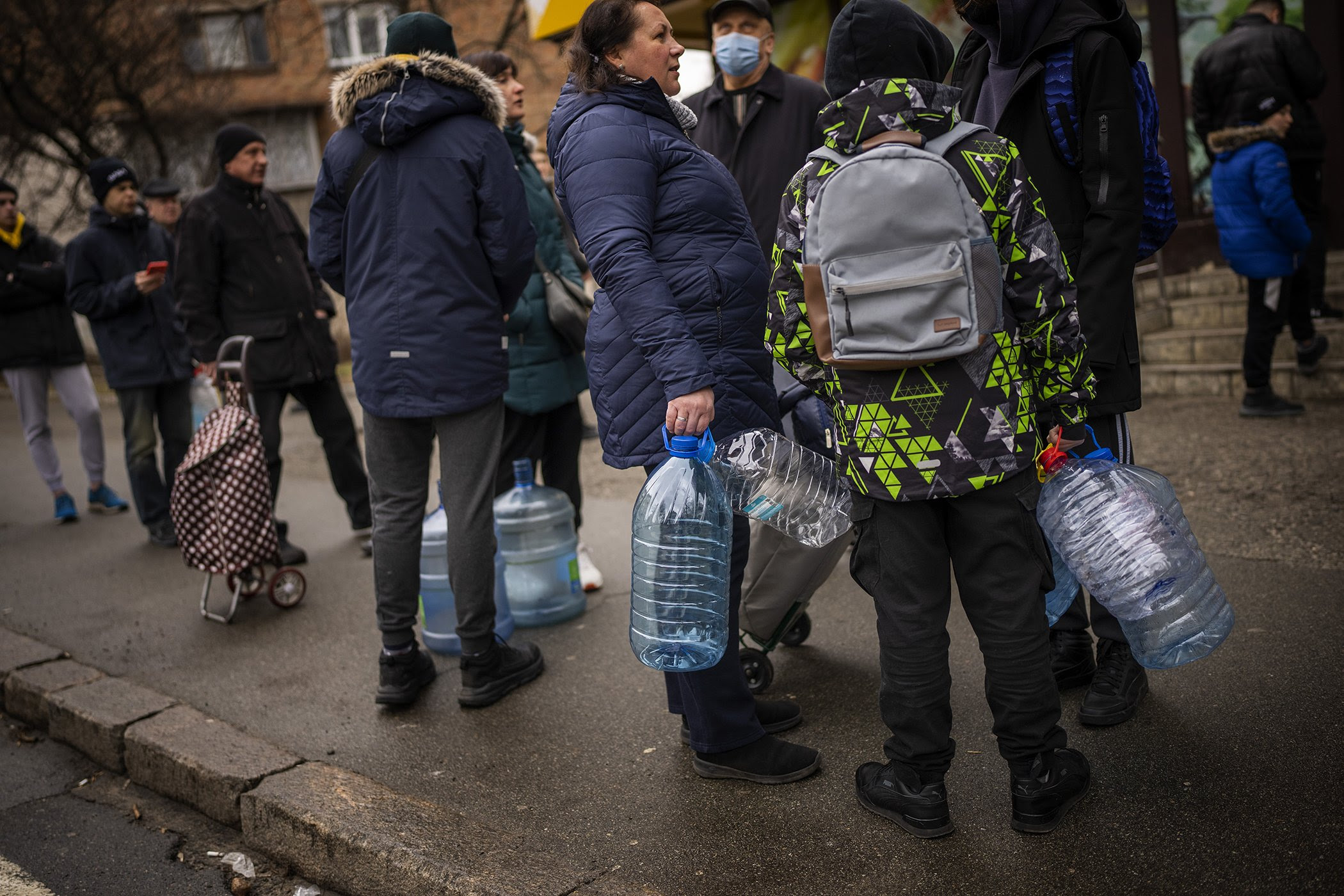 Of course, for many Ukrainians, the threat of full-scale war is driving them to seek safety in neighboring countries.

In a statement, Filippo Grandi, the UN High Commissioner for Refugees, said: “We have already seen reports of casualties and people starting to flee their homes to seek safety.”

Accordingly, the United Nations refugee agency (UNHCR) has stepped up its operations and is working with governments in neighboring countries “calling on them to keep borders open to those seeking safety and protection.” Germany has already offered Poland help with refugees.

You can help support refugees by donating here.

5. Supporting the LGBTQ+ Community in Ukraine

In times like these, LGBTQ+ members are often even more marginalised and exposed to vulnerability than usual. OutRight Action International is stepping up to make sure that they are not left behind and that they are protected in this time of crisis. The organization will be helping to support LGBTQ+ groups and organizations on the ground who are setting up shelters and providing safety for citizens. All donations made to OutRight will go directly to the cause.

You can donate here.

If you are unable to donate, or would like to do more to support LGBTQ+ citizens, the you can also sign up to OutRight’s newsletter here to stay up to date on the crisis and how it is affecting LGBTQ+ Ukrainians. 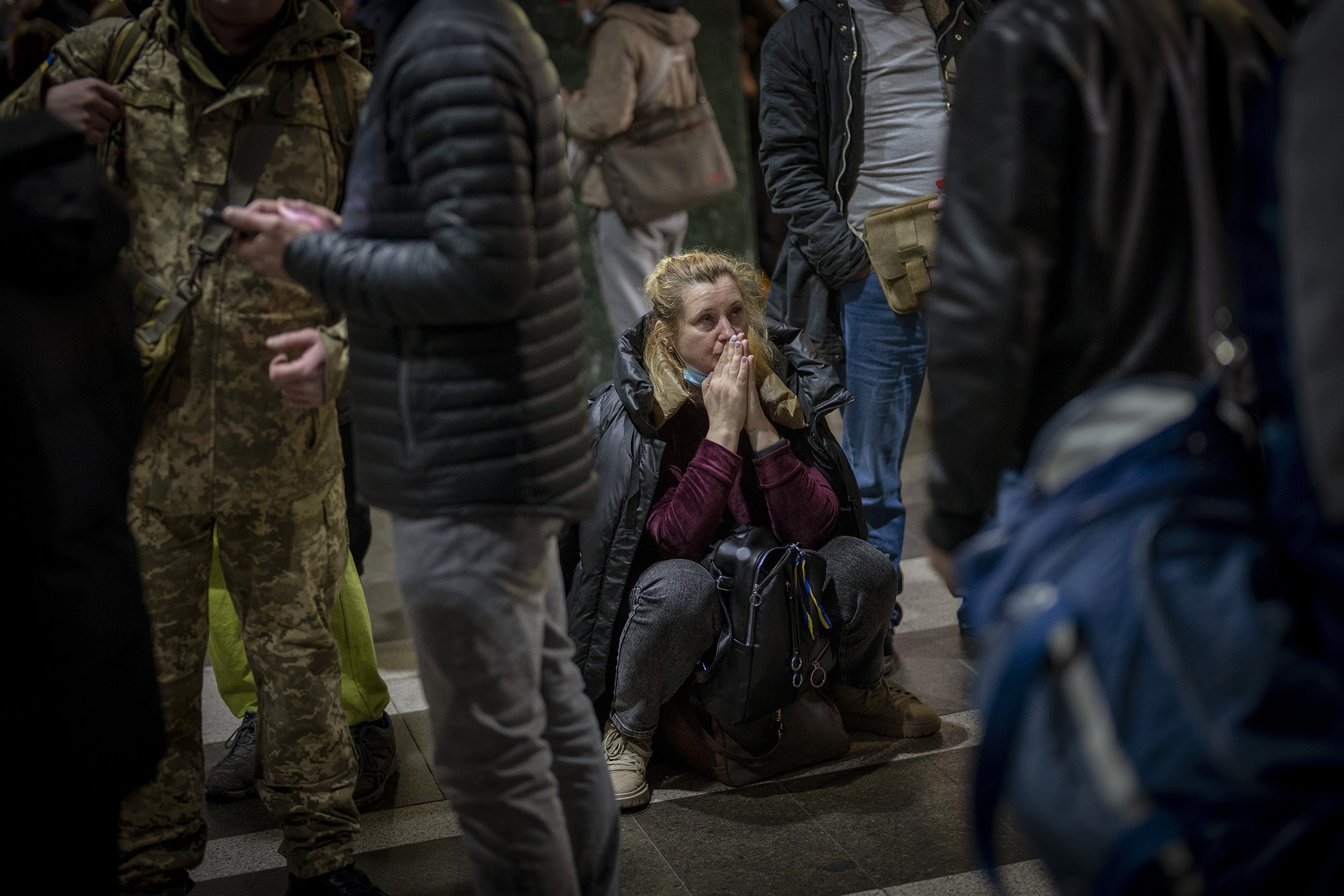 If the last few weeks leading up to this moment have taught us anything, it’s that the situation is changing rapidly, and in times like these, it is crucial that the right information is being shared and consumed. One of the best ways to help the most vulnerable in Ukraine is by staying on top of what is happening on the ground, and learning more about how citizens are being affected by the conflict. We’ve rounded up a few trustworthy sources you can refer to:

6. Follow the News Regarding the Ongoing Situation With Trustworthy Sources:

The Kyiv Independent has been a leading voice on the front lines, covering a timeline of ongoing events since the beginning and highlighting those who have been most affected by the violent attack. The English-language outlet is continuously reporting on how the invasion and conflict are impacting citizens, the economy, as well as Ukrainian foreign politics. Keep up to date on its website here, or on the Twitter page here.

Covering news in three different languages — English, Ukrainian, and Russian — the New Voice of Ukraine has not only covered breaking news, but has released informative analyses on the situation that detail how the situation led to this point, and is continuously publishing op-eds by Ukranian scholars and experts that help to give a view of tone of the situation. Read more on its website here.

While Ukraine World is not posting breaking news and timeline updates on its website, it is very active on its social media accounts. Its independent journalists on the front lines have gathered first-hand footage, and it is using its account to share other informative sources that its followers can refer to in order to keep up to date. Follow Ukraine World here.

The Kyiv Post is the only non-independent media outlet on this list, and it is important that those following state-funded outlets are aware that they are affiliated with the state. Having said that, the outlet has been at the forefront of delivering breaking news directly from government and national offices, releasing statements from ministry officials, military leads, and other dignitaries. You can read more on its website here, or follow it on Twitter here.

If your first source for receiving and consuming news is social media, then follow these accounts and turn on your notifications to stay enlightened on breaking stories as well as ways you can help citizens.

Uploading concise, yet well-informed Instagram posts and stories, Stand With Ukraine is a community page that has been dedicated to sharing knowledge wrap-ups based on the ongoing situation, as well as ways that followers can support citizens from wherever they are. You can follow it here.

Get updates on the ongoing conflict as they happen from this Instagram account — the English version of a Ukrainian social media-based media outlet — which is sharing brief, yet frequent posts about exactly what is happening on the front lines, and who is being most impacted. Stay informed by following the account here.

This is an Instagram account that has posted digestible information on how followers can support Ukrainian citizens, and has used the platform to upload messages of solidarity for citizens in the country. Previously the account has been used to stand in solidarity with the Black Lives Matter movement, and taught Ukrainian citizens how to be an ally to people of color. Give it a follow here.

8. FIND OUT MORE ABOUT THE SITUATION

If this is the first you’re hearing about the crisis in Ukraine and you want to learn more about the background to the situation read this Kyiv Post article, “10 popular misconceptions about Ukraine debunked”; watch Netflix’s documentary Winter On Fire: Ukraine’s Fight for Freedom; and listen to this podcast by Ukraine World on how Russia uses disinformation as an instrument of war. 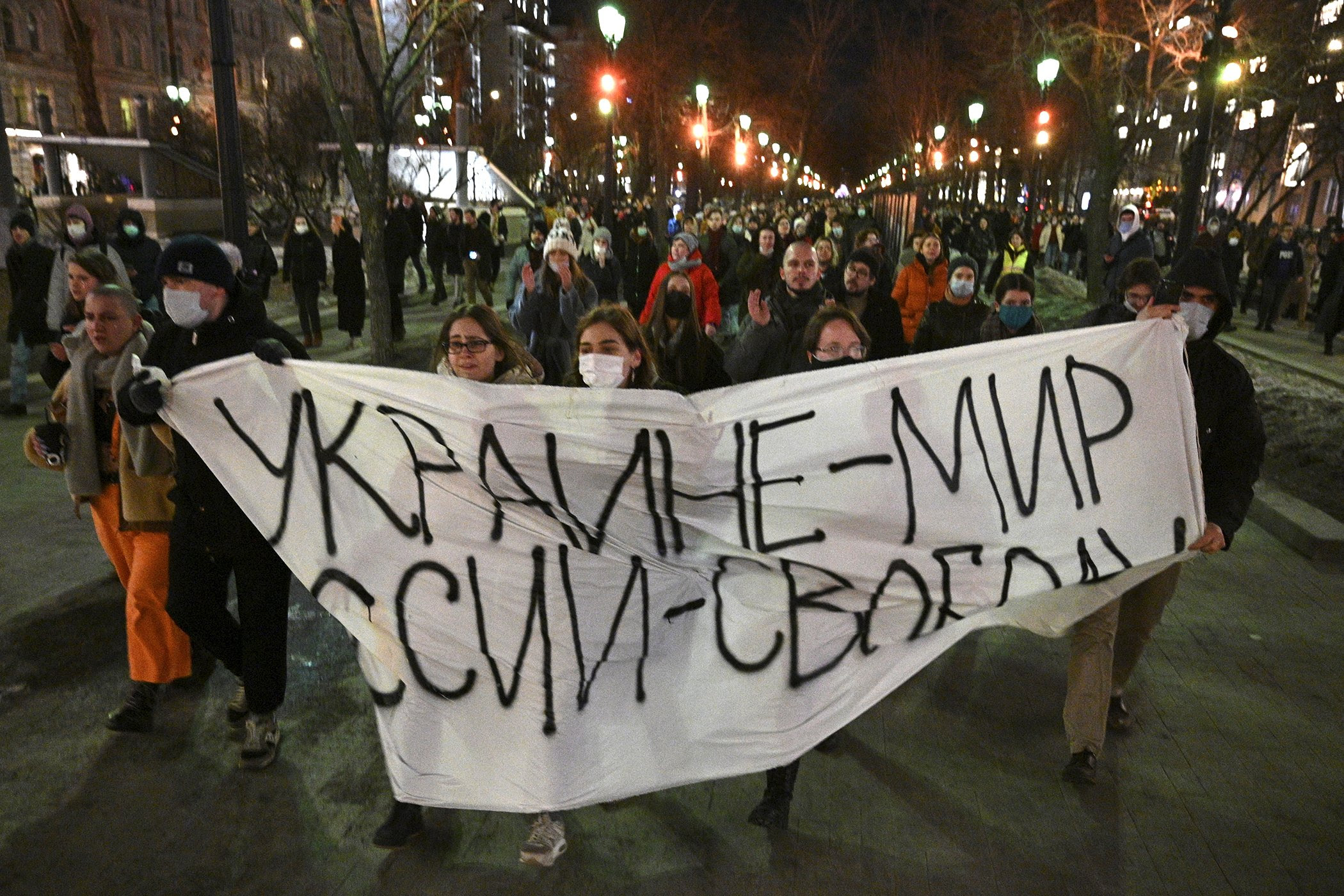 If you’re following and keeping up to date with the ongoing situation on the ground, but you’re still wanting to do more and/or you don’t have the financial means to donate, consider joining demonstrators around the world  — from London to Tokyo — who have taken to the streets to protest Russia’s invasion of Ukraine. Find your nearest demonstration here.