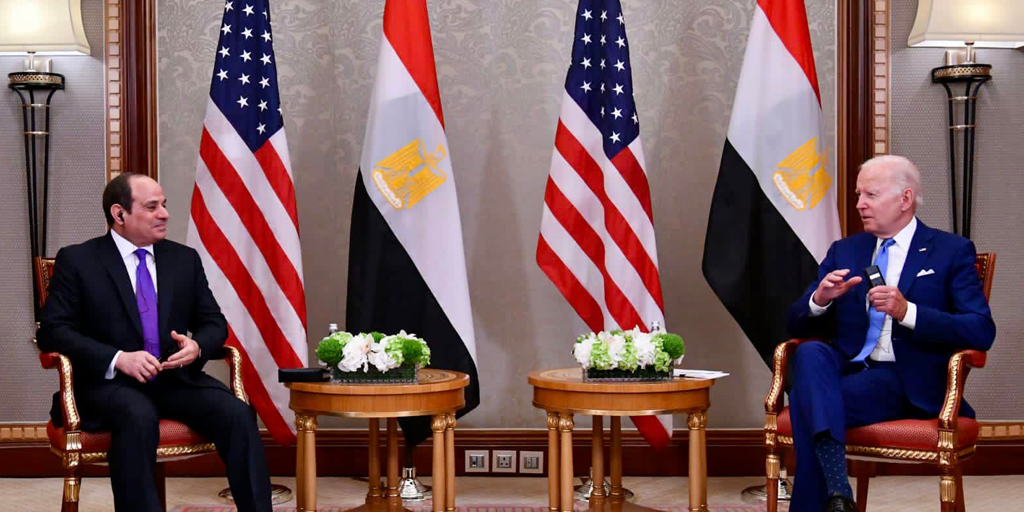 “President El-Sisi underlined the importance of this partnership’s role in promoting peace and stability in the Middle East region, noting that Egypt looks forward to more coordination and consultations with the U.S. on various issues in the region,” the Egyptian presidential press release reads.

The two presidents also met to reaffirm pre-existing bilateral relations, in addition to addressing a number of global and regional topics.

Chief among those topics were Egypt’s Nile dispute with Ethiopia, both countries’ intentions to revive the Israel-Palestine peace negotiations, military partnerships, economic challenges, and COP27.

Egypt’s decade-long Nile dispute with Ethiopia was a topic of significance between Al-Sisi and Biden.

The point of contention, which centers around Ethiopia’s continuous filling of its Grand Renaissance Dam (GERD) and the impact it poses to other Nile-countries, continues to persist as negotiations remain at a standstill.

“President El-Sisi reiterated Egypt’s unequivocal position regarding the importance of reaching a legally-binding agreement for the filling process and operation of the dam, in a manner that preserves Egypt’s water security and achieves the common interests of the three countries,” Egypt’s press release states.

Negotiations between Egypt-Sudan and Ethiopia regarding GERD were last held in 2021, failing to reach a solution. Negotiations have not resumed since, despite Egypt’s interest in reviving talks.

In response, Biden reiterated US support for Egypt’s water security, while highlighting the need for a diplomatic resolution that would achieve the interests of all parties.

Palestinian and Israeli peace talks have been on thin ice since failed negotiations in 2014. The situation recently worsened following Israeli attacks on Palestine’s Sheikh Jarrah in 2021 and Jenin in 2022.

Al-Sisi, referring to it as the “Palestinian issue” during his meeting with Biden, underscored Egypt’s unwavering support for Palestine and the importance of granting Palestinians human rights, and an independent state.

“[Al-Sisi] stressed Egypt’s commitment to cooperating with the U.S. to explore ways to revive and push forward the Palestinian-Israeli negotiations process,” the press release adds, indicating intentions to revive peace talks between Palestine and Israel.

Biden, who has recently sparked controversy by openly expressing that he identifies as a Zionist, emphasized a two-state solution between Israel and Palestine, deeming it as the only means for co-existence between the two states. 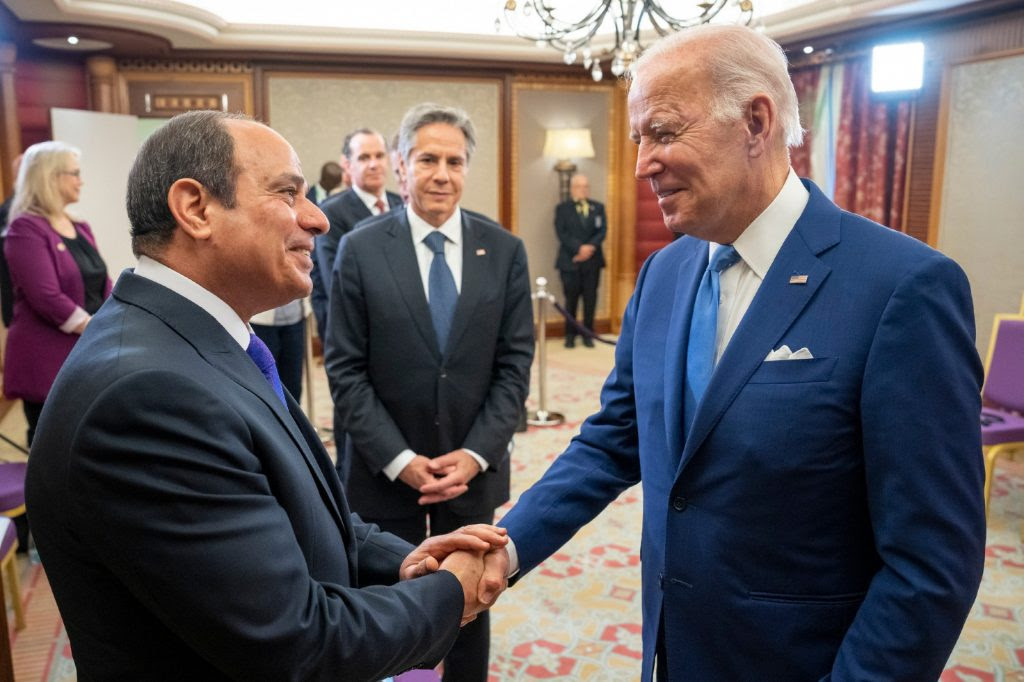 Egypt’s long-running defense partnership with the US was a topic of great concern for both parties, although not mentioned in Egypt’s press release of the meeting.

“President Biden reiterated that the United States aims to continue to support Egypt in providing for its own defense, including through the continued provision of security assistance in consultation with the U.S. Congress,” the US press release states, hinting at potential future arms trade between the two countries.

Since 1978, the US has provided Egypt’s military with over EGP 945 billion (USD 50 billion) in military aid, placing Egypt’s army as one of the top three most funded militaries by the US.

Recent military assistance between the two countries comes in light of counter-terrorist operations over the past decade, which both Biden and Al-Sisi recounted as achievements during their meeting.

The US, one of Egypt’s greatest financial supporters, shared its outlook on the situation during the meeting.

“The meeting reviewed aspects of Egyptian-American bilateral cooperation in an array of fields. Those include, in particular, cooperation in efforts to address the repercussions of the global circumstances of the food crisis and the disruption of energy supplies,” Egypt’s press release reads.

The US identifies the Black Sea ports blockade by Russian President Vladimir Putin as a primary cause for Egypt’s food insecurity, later asserting their support for Egypt in facing these challenges. This sentiment had been echoed by a joint statement by the G7 in which Russia was strongly condemned for curtailing Egypt’s wheat supply.

The US further commended Egypt for seeking support from the International Monetary Fund and the World Bank, supporting the loans taken to alleviate the troubles Egypt’s economy continues to face.

“President Biden conveyed that the United States is providing USD one billion (EGP 18.9 billion) in new assistance to address the food security situation in the Middle East, with USD 50 million (EGP 945 million) specifically for Egypt,” announces the American press release.

Over the past 50 years, Egypt has received over EGP 567 billion (USD 30 billion) from the US for economic development and assistance, a clear indication of the two countries’ long-running bilateral relations.

The two presidents aim to bolster an already-strengthened economic alliance with further investments and agreements.

Biden took the meeting as an opportunity to congratulate Al-Sisi for Egypt’s role in hosting the coming United Nations Conference of the Parties (COP27), which monitors and addresses climate change issues.

COP27, which will be hosted in the coastal city of Sharm Al-Sheikh in November 2022, is of great interest to both Egypt and the US, who will co-lead the conference’s Adaptation in Africa initiative, a segment that focuses on enhancing Africans’ sustainable living and overall well being.

During the meeting, both leaders further committed to the climate cause by agreeing to convene the Joint US-Egypt Climate Working Group as soon as possible.