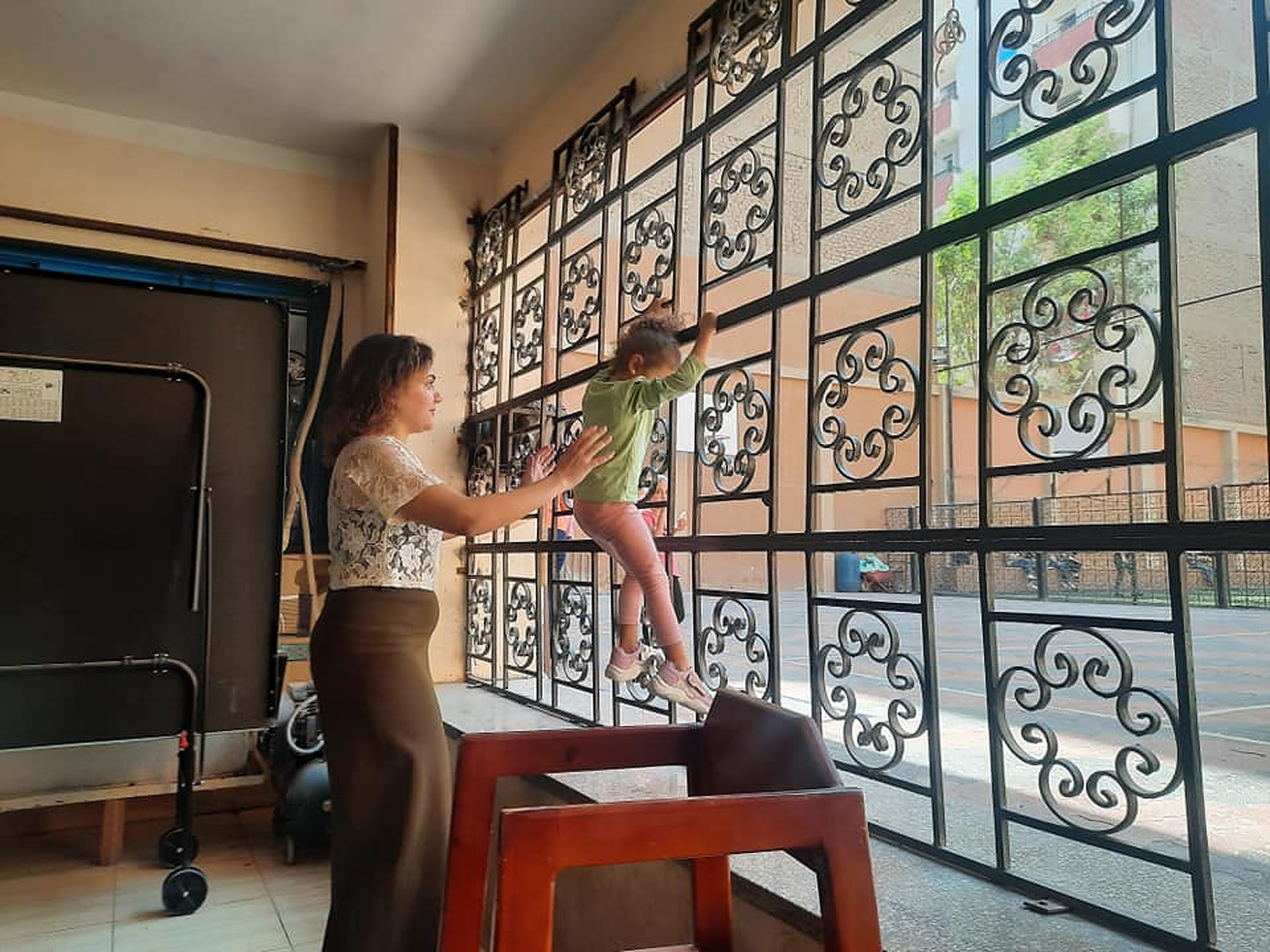 Mariana Mokhles’ voice trembles whenever she speaks about the stories she encountered before launching  her own project ‘Moden El Malgaa’ two years ago; it is a space which aims to provide a safe haven for victims of domestic violence and counseling services for parents and children in Egypt.

“It truly breaks my heart,” she tells Egyptians Streets. “It breaks my heart to hear that women or children cannot find any other safe place to go and must endure the abuse in their homes. The most heartbreaking thing of all is hearing many kids telling me that they only associate home with stress, and that going out is their only chance of having fun.”

Stationed in Assiut, Mokhles is the first Upper Egyptian to have received certifications from the International Coaching Federation (ICF); she is also a graduate of the Orange Corners initiative by the Netherlands in Egypt, which aims to support rising startups. Despite this, she says she has only scratched the surface of what she truly wants to achieve.

“I’ve knocked on nearly all of the doors in Assiut to try and get someone to help me to expand my project. We work on a small-scale basis, partnering with schools and teachers, but I have ambitions to expand my project that not only provides counseling  and therapy, but also serves as a source of income and upskilling for women in Upper Egypt.”

Mokhles originally aspired to become pharmacist before she set up her own initiative. After completing her Master’s in pharmaceutical sciences and working as a pharmacist for a couple of years, she slowly realized that her passion to support people, particularly women and children, outweighed everything else.

“When I was at the pharmacy, I listened to people’s stories a lot, and this is how my passion for counseling and family coaching came about. Many women complained to me about their husbands’ abuse, such as infidelity or physical abuse, and how they struggled to find support from their community. They didn’t even know that they had a right to stand up for themselves and seek help,” Mokhles explains.

Despite the fact that Egyptian penal code allows women to seek legal protection from domestic violence, Mokhles notes that most women are not legally aware of their rights or how to seek legal assistance, and that even when they reach out, it is a long and difficult process to receive the support they need.

More than five million Egyptian women suffer from domestic violence every year, according to a 2015 survey conducted by the UNFPA and CAPMAS on the economic cost of gender-based violence. Around one million women are forced to leave their marital homes due to experiencing domestic violence from their spouse, and many struggle to find alternative housing.

In 2019, Egypt opened a shelter for women victims of violence in Giza, which is one of eight similar facilities across the country, namely in Cairo, Daqahlia, Minya, Qalyubia, Alexandria, Beni Suef and Fayoum.

In Upper Egypt in particular, Mokhles notes that the service of counseling and family coaching is desperately needed, as economic hardships coupled with societal pressures and criticisms can hugely lower one’s self-esteem. “We need someone to believe that we have worth and potential, and that we can achieve more than what is offered to us. This is what we really need – the feeling of empowerment.”

Women often struggle with recognizing their self-worth, Mokhles adds, which is something she recognized during her counseling and coaching sessions.

“The idea of positive psychology isn’t valued here, which focuses on helping individuals discover their inner strengths to thrive. We are always bombarded with criticism. I focus on the issue of empowerment in my sessions, because one can give as many tips and advices, but as long as these thoughts are not one’s own, then no real action will be taken. During the sessions, I carry out techniques like promoting thinking, where the client is the one doing the thinking to solve their own challenges, and accordingly, they design their own action plans to implement them.” 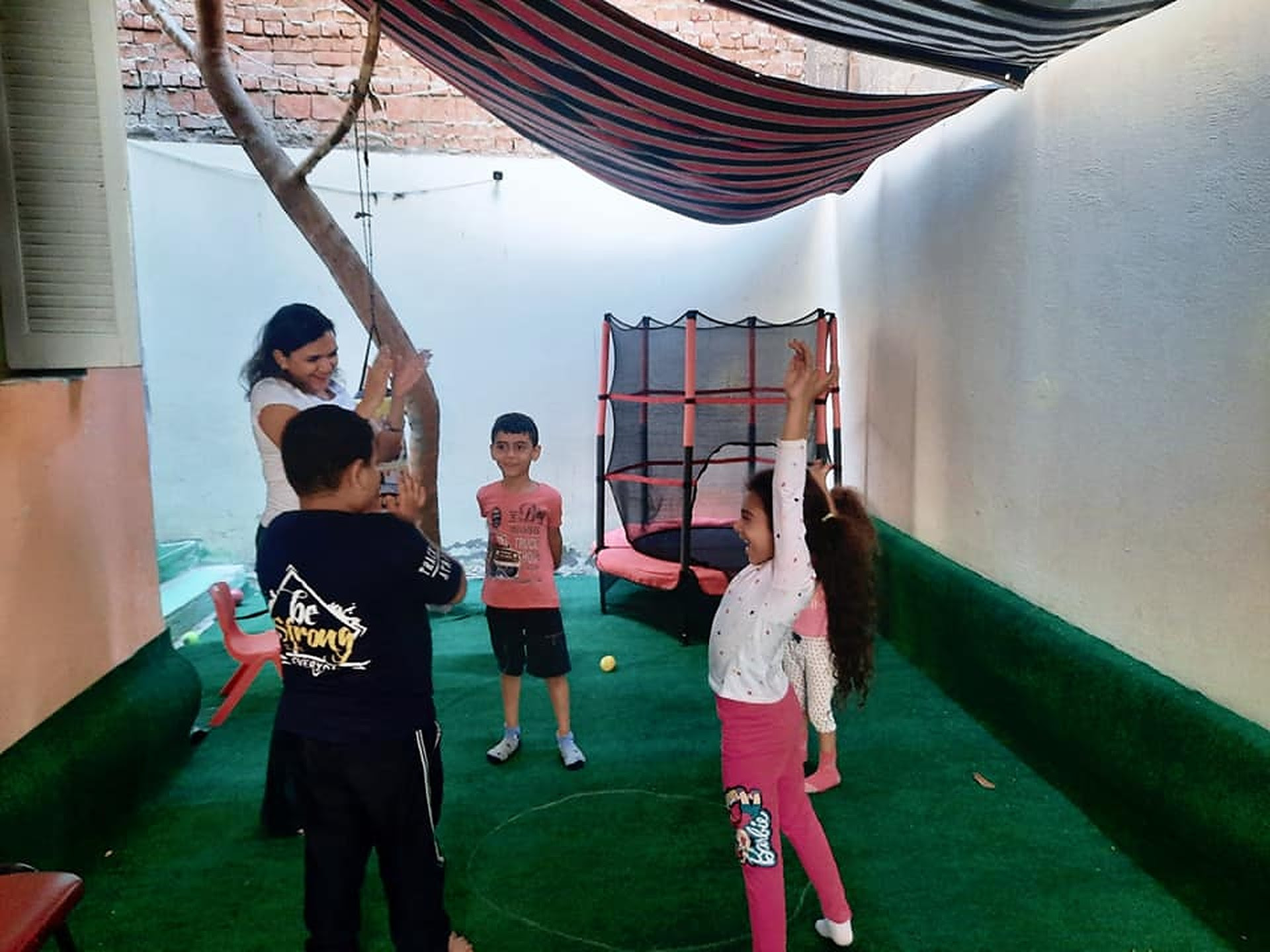 Taking place at her own rented office space, Mokhles’ startup offers courses, workshops, parenting and relationship coaching, as well as upskilling activities for women to become financially independent and recognize their own self-worth. “When I tried to solve the issues between the parent and the child, I discovered that the issue is between the parents. Our art and play therapy sessions are not just designed for children, but also for the family as a whole so that they can know how to be happy together.”

“Quality family time is essential, and it is extremely important. We need to learn this before marriage, such as lessons on positive psychology and relationship coaching in schools, and how to build healthy relationships with others,” she adds.

Mokhles eyes an opportunity for her project to expand as a larger association, an authorized institution like an orphanage that is instead devoted to caring for domestic violence victims. “Like the nation-wide Virus C and 100 Million Healthy Lives initiatives, let’s create a nation-wide initiative for the family’s wellbeing and mental health. We also need to prioritize mental fitness, and to ensure that our society is built on healthy and supportive relationships.”